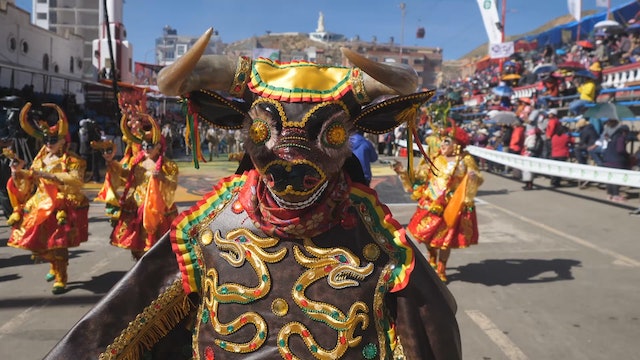 Features on prehistoric cave art, centuries old traditions at a Bolivian festival, and the highest stadium in the world, 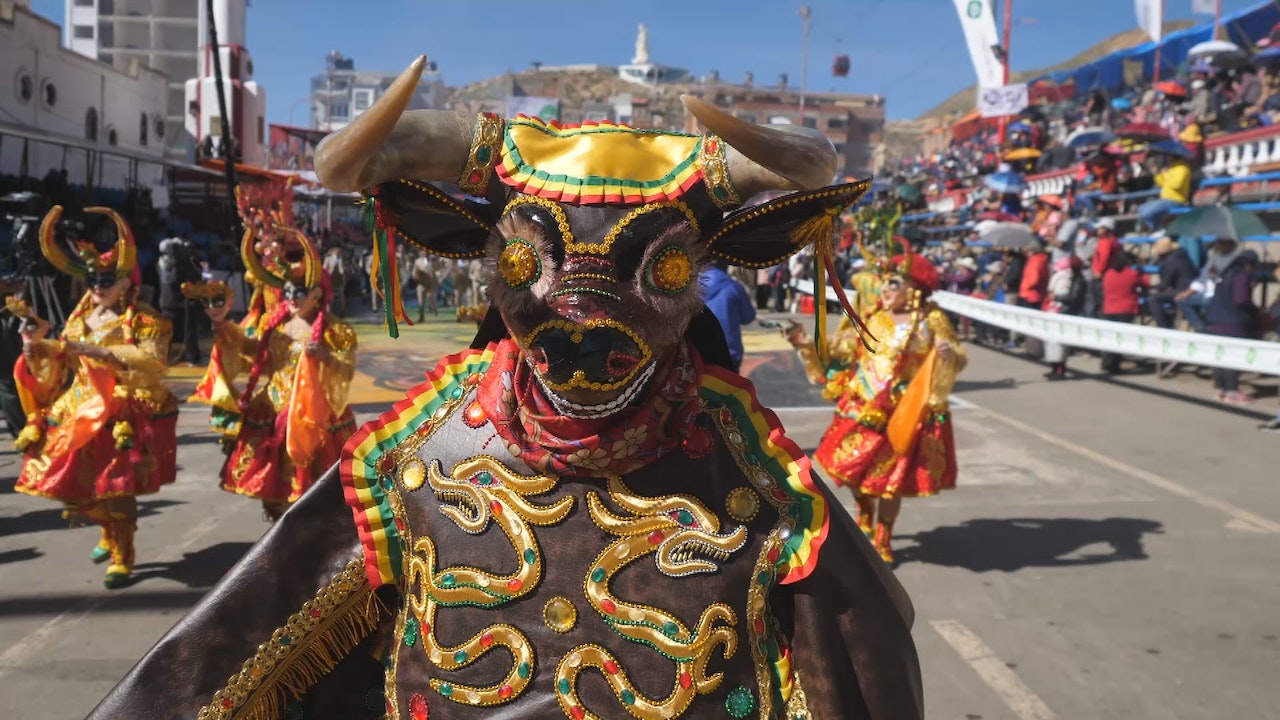